Freedom Tree Park is located along Misty Hollow Drive between Glenn Lakes and Lake Olympia Boulevards. On the west side of Misty Hollow, one can enjoy a view of the Historic Freedom Tree and ponder the legendary story of this local treasure.

In January of 1860, Edward Palmer purchased 640 acres from David Bright, one of Stephen F. Austin’s “Old Three Hundred”, for $6,000 to create the Palmer Plantation.  In October of that year, he was also elected Judge of the 7th Judicial District of Texas. Two years later, in January of 1862, Judge Palmer died and was followed by his wife 3 years later, leaving the Palmer Plantation to their 14-year-old daughter, Bettie Palmer. 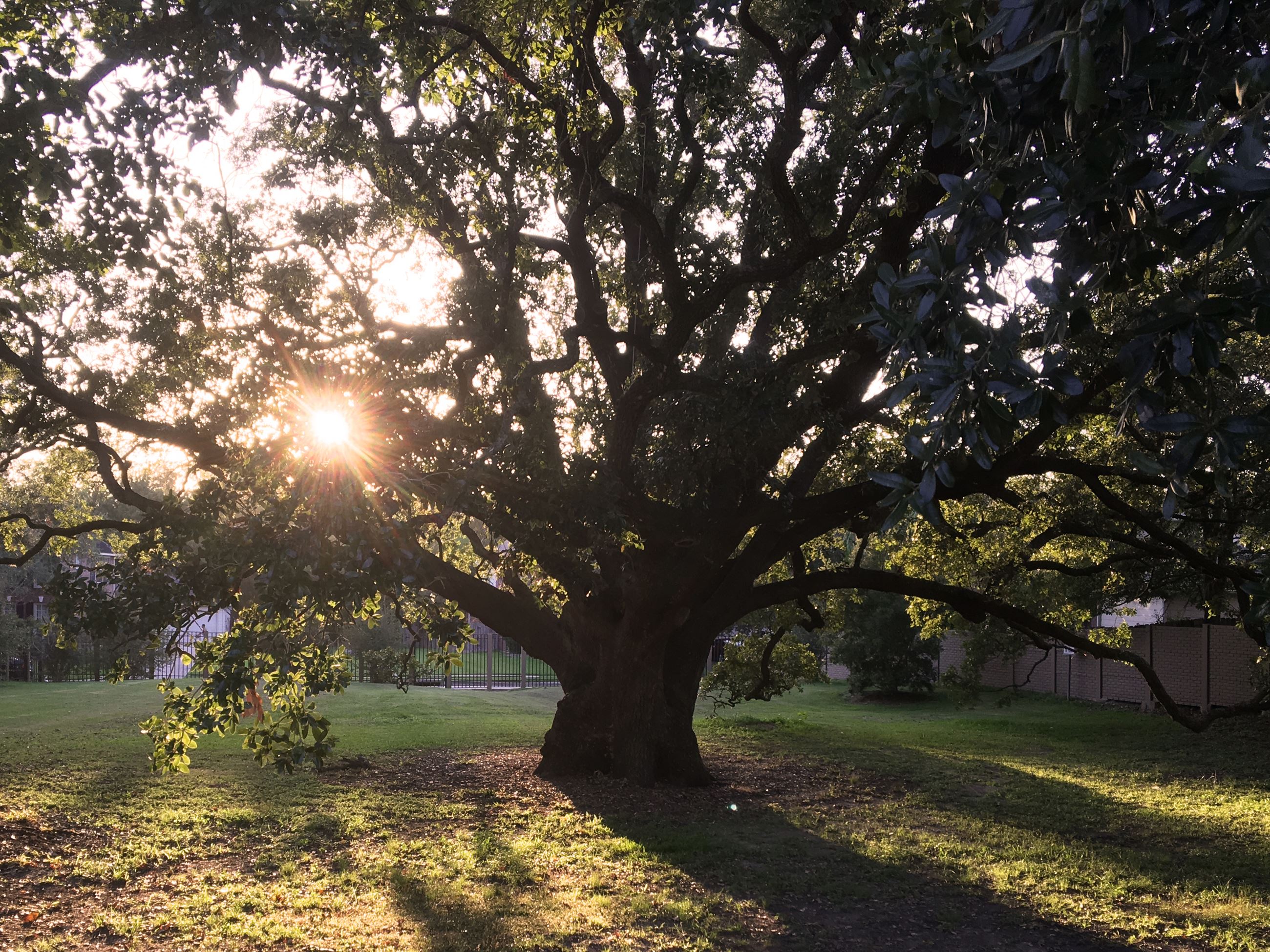 Following the Civil War, General Gordon Granger arrived in Galveston on June 19, 1865 and officially put an end to slavery in Texas.  General Granger’s proclamation formed the basis for what are the annual “Juneteenth” festivities, which celebrate the end of slavery in Texas.

On an early summer day, the white overseer and Ed Gibbs, who had been the personal driver for Judge Palmer as well as leader of the slaves on the Palmer Plantation, gathered all of the workers together under the branches of this tree to explain that they were free. He further announced that planting and cultivation would continue and that they were welcome to stay on the Palmer land to live and work if they choose.  The only type of wages they would receive would be a share of their crop.

It was in this light that slavery ended on the Palmer land beneath the spreading boughs of “The Freedom Tree”.